House of Cards depicts a scary, yet somewhat realistic picture of the United States government, and America as a whole. It furthers the idea that white men (and white women) can do whatever they please, especially if they possess money and a little bit of power. The characters in the fictitious world of House of Cards use sex, drugs, money, and murder for both political and personal gains. Not only do the white individuals depicted in the show quite literally get away with murder, but they are also able to rid themselves of anyone who tries to expose their dirty dealings. Any person who even questions the morality and ethics of these powerful white individuals are ultimately killed or banished from society, and not what one person even questions it.

Throughout the course of the show, people of other races are virtually nonexistent. Those actors/actresses who are meant to portray people from other races are ultimately white actors/actresses who are racially ambiguous, and could therefore presumably be white. The few actors/actresses who are undoubtedly of a different ethnicity, are either much lower on the food chain of power, or they are just downright poor and waiting for one of the white characters to come and save them. Take the character Remy Danton, for example. He is an African American male that starts as somewhat of a big whig in Washington, although the audience is constantly reminded that he owes his entire career to main character, Frank Underwood. Remy eventually takes a big fall from power, and is left begging Frank Underwood for a job in his administration….again. Once again, the powerful white man has to come and save the day. 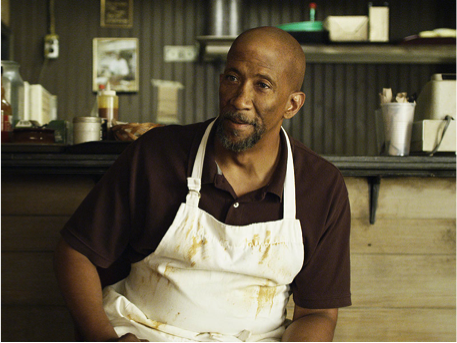 Then, there is Frank’s black, soul food cookin’ “friend”, Freddy who is always at Frank’s disposal. The audience is led to believe that Frank and Freddy are the best of friends, although Freddy literally and figuratively caters to Frank on several occasions, and answers to his every beck and call. It is because of Frank that Freddy loses everything, including his restaurant. Of course, Frank is there to save the day when he finds out that Freddy is out of a job, as he offers Freddy a job as a cook, and then as a gardener. Once again, the white man must come in and save the helpless black person after he created these problems for him in the first place. Another example is of the former president’s chief of staff, Linda. Linda was racially ambiguous, however it can be assumed that she was of Hispanic decent. Linda attempted to use her power in the White House to get her son into an Ivy League school, however she was unsuccessful. She was then removed from her job because of Frank Underwood, and the audience never sees or hears from her again. Frank makes sure that her honorable discharge from the White House is all thanks to him, which continues the idea of the white savior.

However addicting and convoluted, House of Cards sheds light on the never-ending cycle of subservience to white people, which is not very far from reality. There are several parallels between the show and real-life, which can’t be ignored.

“dreams are hopeless aspirations in hopes of coming true; believe in yourself, the rest is up to me and you.”